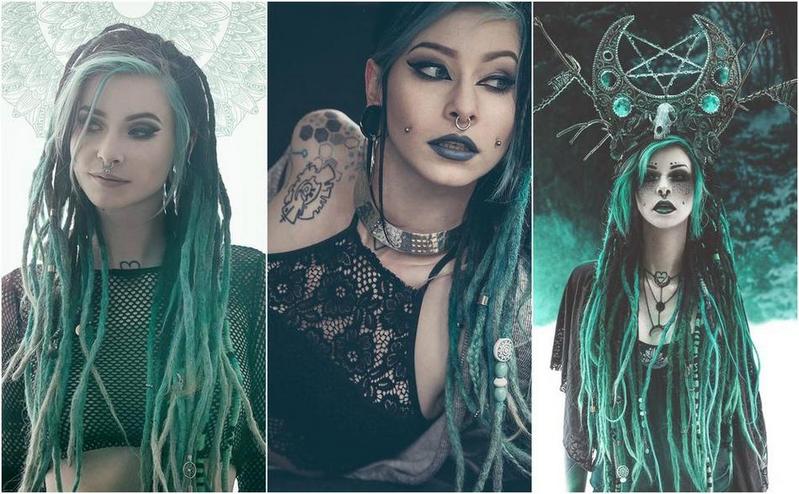 
Physical Appearance/Distinguishing Characteristics:
Ora is a moderately short girl who is extremely thin. She bears striking features (Appearance 4: Haunting) such as heavy tattoos on her arms and legs in various shades of blacks and greens and vibrant green eyes. She keeps her hair dark green at the roots and has bright green locs that she has decorated with various objects and trinkets including wraps, beads and feathers. There's a strange quality to Ora that presents as something uneasy and wicked but it's fleeting the more you spend time around her. She also seems to exude an aura of raw strength despite being so frail, thin and short.

Ora has a habit of picking dark clothes that are less restrictive and revealing as well as flowing and earthy. She is never seen without her septum piercing or without some form of makeup on her face. It's quite obvious that Ora favors the color green as she tends to accent her clothing with it, along with you know.. her hair.

Obvious Merits/Flaws:
- There's something wrong with how she views the Nation as a whole - Twisted Upbringing

Common Knowledge:
- Ora has written two books on herbology: A Witches Guide to Self Care, and The Big Book of Herbs
- Ora has written a horror novel entitled Soul Poison (well received and popular at the time of the apocalypse given the synopsis is about a girl who is thrust into a horrific end of the world scenario and does her best to survive) 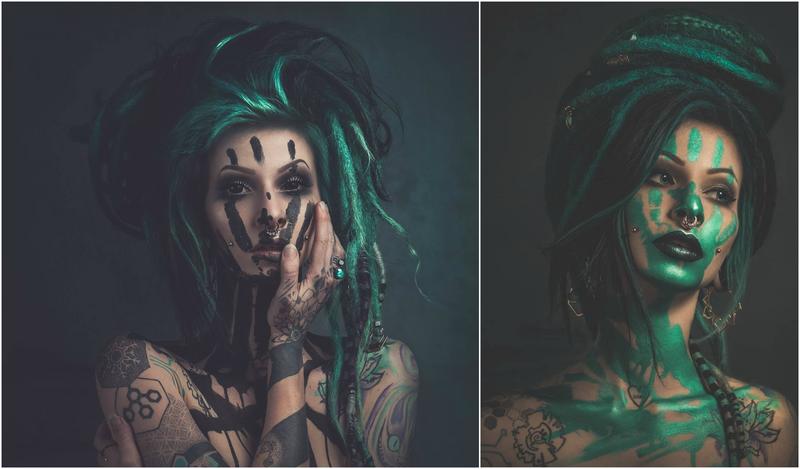