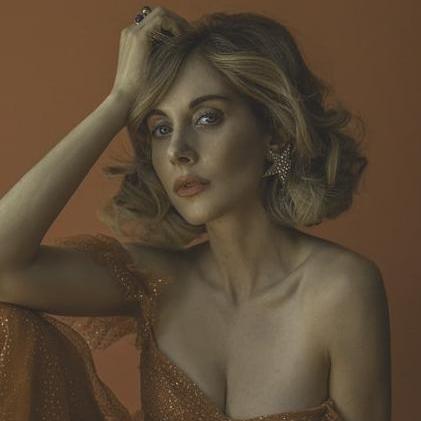 There was emptiness in her feelings as she was told that her husband was gone. Calliope had a way of disassociating when it came to painful things; the Sisters said it was a coping mechanism, one that could work in her favor depending. Her jaw tensed and she couldn’t bear to look at the elder Child of Gaia, instead she focused on her feet, her fingers interlaced between each other, her thumb rubbing nervously over her forefinger.

His words were just sounds; no formation of anything familiar, yet the bulk of his tone was enough to convey the hard-hitting truth. He was gone. It was that simple.

The Elder, much like the rest of his tribe was patient, calm and compassionate. A heavy hand pressed upon her shoulder as he spoke her name in a soft tone.

She focused, her dark blue eyes darting towards the man’s face. Fine lines etched into his face, road maps of a life he lived, and one full of smiles that left permanent marks upon him.

Calliope responded as she reached to gently place her hand upon the elders.

The rest of the exchange was a blur to Callie, she was given a few of Jay's things they recovered, including a flannel over shirt that was tattered and bloody and his wedding ring. She barely recalled hugging the shirt to her chest as each pack mate came to talk to her, or attempted to tell her he died a hero in the eyes of Gaia. All she could do was nod and agree.

There was a part of her that wanted out of the situation, this strange gathering of garou trying to celebrate a life that was lost. When it finally came to an end she went to the only person she knew would make it better.

It was customary for the kitchen witch to bring her coven when she came to visit her daughter. This time it wasn’t a gaggle of mothers and maids, but the crones who held the secrets of the cult they took charge of. Each one entered Calliope’s home, bringing gifts of olive branches, baked goods and oils. The latter they smudged upon the door upon entering.

Magda entered last, smearing soot and sage upon the door and marking it for the spirits to avoid. The crones set up their circle, lighting candles while Magda prepped her daughter.
Magda found Calliope in her bedroom, the old flannel shirt around her shoulders, the sleeves buried in her face. Here alone in her sanctuary she was able to let it all out. Magda sat next to her daughter and very gently she placed her arm around Calliope and drew her in close.

Magda cooed as she placed a kiss atop Calliope’s head.

“I know it hurts. It always will but you are strong and you will come out of this as you have with every trial you have been dealt.”

Calliope sniffled some and pressed into her mother, she still smelled the same after all these years. Like berries, a hint of rosemary and dirt and something floral. It was wild and strange yet soothing.

“Mama. It hurts but I don’t feel anything. I know I’m sad, but I just can’t let it all out. How did you deal with daddy going away? Did you feel this way?”

“We all have ways of dealing with our pain.”

Magda replied as she squeezed her daughter some.

“When your father left this world I was devastated. You know we always fought when he came home, but I still loved him despite our arguments, despite the problems I had a place for him in my heart and he still occupies it. I don’t think I’ll ever forget him, but as the days go by it will get easier and easier. And of course I felt numb this is fresh, like an open wound and we need to tend to it.”

Calliope nodded some and drew away from her mother. Madga didn’t let her get far as she caught her daughters face in her hands and looked her over.

“I remember all the stuff you taught me, that the Sisters taught me. That this day would come and it would be hard, but I didn’t expect it to happen so soon.. What do I do? How.. How do I move on?”

Calliope looked lost as tears rolled down her cheeks.

“Callie, my dear, you have so many women here to help you, to guide you. You will move on when you are ready, no one but you can make that choice.”

Calliope took a deep breath and nodded her head.

She asked. Magda shook her head.

“No. Which is also why we are here. You are a crone now. We’ll prepare you for your transition as teacher and ritualist.”

“Did they bring food?”

“Yes. Come, lets get you ready, get you fed and we’ll begin our work.”

Speaks with a British accent

"Someday, I'll be better, now that you're gone, I'll burn all your letters and right all your wrongs"
Top
Post Reply
1 post • Page 1 of 1