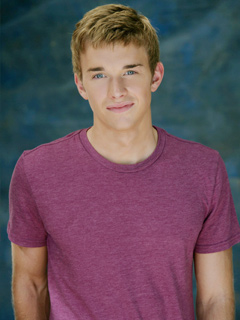 Physical Appearance/Distinguishing Characteristics: Paxton is an attractive young man who appears to only just be shedding the vestiges of his boyish looks. At 6'3", he often stands tallest in the room, his looks and personality taking up just as much space as his body. Appearing to be equally at ease in formal and casual clothes, he seems to give no preference to one over the other outside of a formal setting. He carries himself with a grace such as only one born with a silver spoon in their mouth has.

Common Knowledge: Paxton is the third child of the first child of Glory of Zarok, a King of House Unbreakable Hearth. The Cromwell family is one of the pillars of High Garou society in the country, operating out of the Sept of Harrier's Nest south of Denver, claiming a wide swath of a protectorate across Colorado and the surrounding states. He is considered something of a golden boy back home, and does his best to live up to the high standard set to him. He spent his cub years training under a Keeper of the Silver Record at the Sept of the Crescent Moon in Russia, where he also met and courted his fiance, Katya Petrov.

Sang the deeds of an Elder for 9 hours in the snow.
Won a duel with a Fenrir Ahroun over the insult to a kinfolk.
Led a war band as Wyrmfoe against a vampire that was plaguing a town within unbreakable hearths protectorate.
Responded to another Septs call for aid in defending against a black spiral attack.
Taught selections of the Silver Record to a very squirmy lupus Ragabash cub until they could recite it.
Lead the Rite of Long Vigil for the Unbreakable Hearth.

His Fiance is related to Queen Tamara Tvarivich.
He's been in relationships with several men back home.
Some of his tribe consider him to be too manipulated by Shadow Lords.