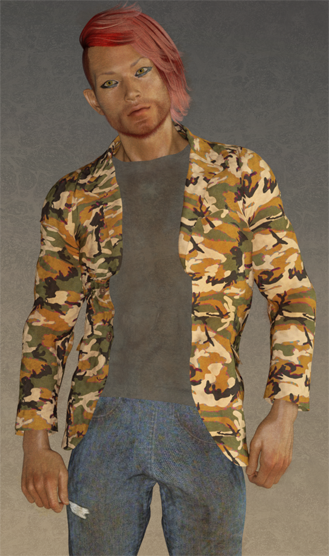 Apparent Age: 22ish.
Height: 5'7''
Build: Would be stocky, if it wasn't for his body using most of his fat to sustain his jerky body.
Hair Color: Red, going from dark red to even pink, depending on his current state. Currently keeps his hair in a sidecut, because it looked interesting.
Eye Color: Yellowish.

Physical Appearance/Distinguishing Characteristics:
Red haired man in dirty and old clothing that looks like it came straight from soviet troops during WW2, coughing up a storm and often needing to support himself against a wall. Yet he can be found on the streets, from practising his art to scrounging food from trashcans. That is Reddy to humans.

To the Nation? Acid Rain is what amounts to a well bred Red Talon, coming from across the sea and being a sort of freak even for a metis. Acid in his preferred forms is a poofy wolf that has all the hallmarks of a true Red Talon, marred by poorly functioning lungs and lameness in his back legs. His fur is not a stark red that one would expect, but a hilarious gradient of dark red to pink. He is wheezing often, gagging as often and losing hair constantly. Despite this poor show, Acid is a practised glyph writer and tale teller who has big dreams for such a wretched being.
Obvious Merits/Flaws:
Notable Heritage- Acid comes from a very long line of Red Talons that pride themselves in their purity of blood. His closest human ancestors come from Mongolia, Siberia and somewhere in Ukraine or Belarus. His hair and eyes reflect this even in human form, stark red hair and yellow eyes. Pity he is so sickly that his hair is a mess and his eyes are bloodshot.

Double Jeopardy- He has poor breathing AND his legs often fail him. Acid's lungs haven't developed properly and often can't take stress well, this might be due to him being technically stillborn. His legs have weakened musculature, loose joins and tendencity to go utterly numb. 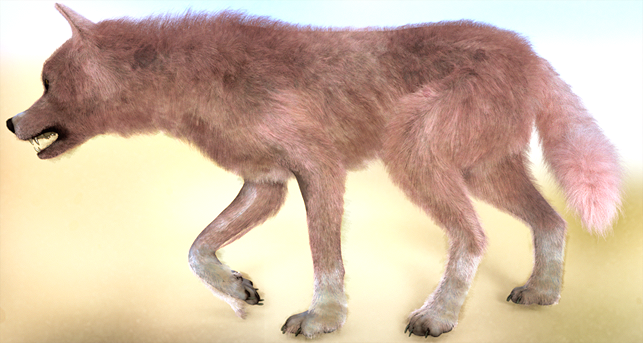 Renown: [List at least 1 Deed for each Dot of Renown you have]
[*] Protected his foster pack from badger fomors alone. (Glory)
[*] Repeated his mother's dirge without fail at a moot, and inspired other garou to howl with him. (Honor)
[*] Defended his tribal honor and won a challenge against a homid cub, which was a poem contest (Glory)
[*][/list]