Here you will find the list of NPCs associated with Walton Academy. For scenes with these NPCs please PM Black Unicorn.

I enjoy playing these people! Please don't hesitate to drop me a line if you want a plot scene or you just want to have a school slice of life scene with your teachers/students/peers!

Also! If you're not affiliated with Walton Academy and these people look like cool characters you want to meet, feel free to reach out. Contrary to the student's opinions the teachers don't just hibernate in their desks. The students can be found off campus. Just not that those scenes will be at a lower priority than scenes for folks with school affiliations.
Last edited by Black Unicorn on Wed Jan 24, 2018 9:38 pm, edited 1 time in total.
Top Breed: Homid
Tribe: Children of Gaia
Would Be Auspice: Galliard


Physical Appearance/Distinguishing Characteristics: Elias is tall, well kept with a quaint sort of look about him. He is painfully British from his accent to his penchant for jammie dodgers and tea. If one looks closely at his left hand they can see a lightened band of skin on his ring finger where a wedding band might have once been.

Common Knowledge:
Elias teaches Advanced Literature at Walton Academy with a focus on European Texts. He is known to the kinfolk students as a Child of Gaia kinfolk and someone they can go to for support or help. He is, reportedly, very good at this less publicized aspect of his job, with a keen understanding of how difficult life as a kinfolk teenager can be. He used to live in the UK but not a lot is publically known about his life back there. Sometimes people can catch him with a deeply somber look in his eyes, like he's far older than he seems, but the second students are around him he lights up.

When there's enough interest, second semester he teaches a class called Advanced Mythologies. It is a notoriously difficult class, usually only seniors, and anyone who he hasn't taught before needs the recommendation of their English teacher to be allowed in. 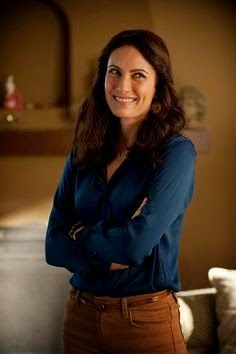 Physical Appearance/Distinguishing Characteristics:
Adella is deceptively athletic. It is not readily apparent but after a short amount of time it is obvious that this woman does more than just work out twice a week in her living room. She most certainly does not sit around at a desk all day. It's not that she can secretly bench two hundred, but rather a highly efficient physique and an abundance of stamina.

Obvious Merits/Flaws:
Man, this lady has moved around a lot.

Common Knowledge:
Adella was recently hired to teach physics and chemistry at Walton Academy, having started up in the standard track science classes for Juniors and Seniors this semester. Largely she keeps to herself outside of her classes and her office hours, which admittedly, are extensive. She can seem a little cold at times, some students call her a hardass. But, she undeniably knows her stuff. She's known as a Strider kin among the kin students though she leaves most of the emotional support work to Elias.

She wears a simple rose gold band on her left hand that looks like it's been to hell and back. 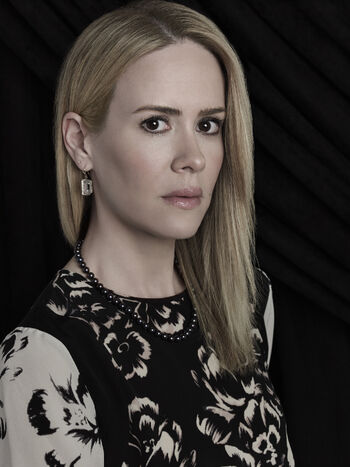 Physical Appearance/Distinguishing Characteristics:
Arianne has that sort of extra soft american gothic look about her. It's nothing specific she wears, no eyeliner no bat themed jewelry but any time she walks around a corner one might think Michael Meyers is about to come around after her.

Obvious Merits/Flaws:
Prone to spacing out.
She speaks six languages
Often holding some kind of caffeine with poorly concealed bags under her eyes.

Common Knowledge:
Until a few years ago, Arianne worked as a Professor of Linguistics at Humboldt University before abruptly resigning. After a short period out of the teaching world she applied to teach at Walton Academy. She teaches languages, primarily Spanish and French, but when there is enough interest in a given year she will also offer classes in Greek, Italian, Latin. She'll sometimes step into Elias' advanced mythologies class to talk about the differences between translations and the original texts.

Physical Appearance/Distinguishing Characteristics:
A Fianna if there ever was one, Bridgett is tall, athletic, competitive with a fiery spirit and a quick temper.

Common Knowledge:
Bridgett is a Junior at Walton Academy, with a strong interest in political science. She is a competitive archer, runs track and plays soccer. She's been dating Sieg Roman since the start freshman year. She and Sieg are known as something of a power couple, known for pushing people around to get what she wants

Breed: Homid
Tribe: Get of Fenris
Would be Auspice: Ahroun

Physical Appearance/Distinguishing Characteristics:
Sieg is built like a truck, and good for him because he plays whole a lot of football. Sieg isn't quite conventionally attractive, he's a little too rough around the edges but that seems to suit the people he runs with just fine.

Common Knowledge:
Sieg is all football all the time, he plays wide receiver in the fall, condition trains in the winter than swims in the spring. He doesn't do poorly academically, but he certainly isn't an A student nor does he challenge himself. For one reason or another be it thinkin he'll get recruited by a college team and then go pro or thinking that he'll first change, he doesn't seem to care about his grades too much. His mother is an Adren Philadox of some repute from the Midwest. Though Sieg goes home for the holidays to visit his family they never come to Newberry Glen.

Physical Appearance/Distinguishing Characteristics:
Alexis is one of those girls who swings hard between putting some serious effort into her appearance, and rolling out of bed and throwing a beanie on it embracing style and counter culture style as it suits her. Bottom line: She doesn't think she needs to impress anyone. Despite what the haters will say about her she's always decent, if not a little rough around the edges.

Common Knowledge:
Alexis comes from east coast old money. She's caused trouble at different schools up and down the coastline since she was old enough to tell a teacher to get stuffed. Now her parents have picked her up and plopped her down at a boarding school on the other side of the country and rumor has it this is her last chance to get her life together. She transferred into Walton Academy in the middle of the semester, January 2018, and seems to be having some serious trouble making friends. 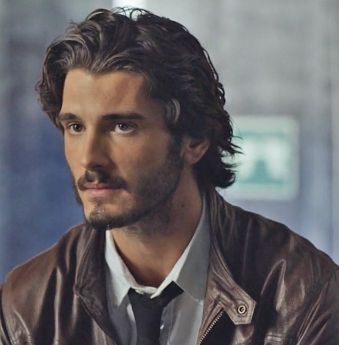 For scenes with this NPC, please PM The Medusae.

Physical Appearance/Distinguishing Characteristics:
Dr. Cervantes is a quiet, unassuming man of roughly 30 with a breed of dreamy good looks that fits neatly into the Walton Academy aesthetic (convenient, as he teaches history there). Despite his mild and generally reasonable manner, he's no pushover; both as an educator and in his personal life, he is firm, disciplined, and fair, as well as steadfast in his commitments and his personal convictions. His robust intellect is evident in his speech, research, and the awards lining his office wall, and though he isn't boastful, he doesn't hold with false modesty either. His youth is at odds with a generally conservative, old fashioned demeanor; in short, he's exactly the kind of guy most parents would love for a son-in-law.

Common Knowledge:
Alejandro is a native of León, Spain. He has lived in the United States since he was 19, and completed both his undergraduate degree and his PhD at UC Berkley. He was hired at Walton at the beginning of the 2016-2017 school year.

Dr. Cervantes is not kinfolk, as far as anyone knows.