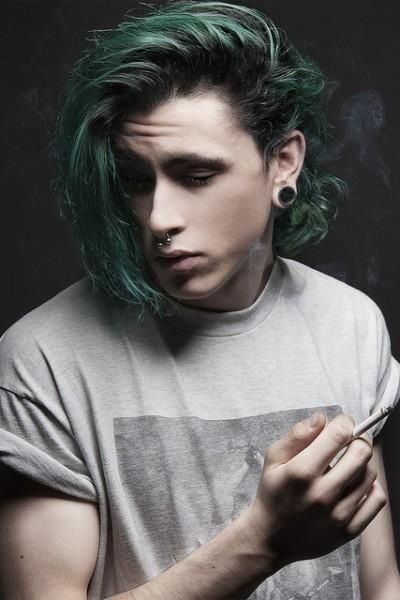 Physical Appearance/Distinguishing Characteristics:
Sam is tall, skinny, and looks like he doesn't get enough to eat, but what he does get he converts into lean muscle, fast. Gauges, a septum piercing, and several tattoos tend to make people think he's older than his sixteen and a half years. His hair is perpetually greasy and streaked with faded dye, and his clothes, while clean, are worn, faded hand-me-downs. He's surprisingly soft spoken and a little standoffish, though talking to him quickly reveals that's a product of middle child syndrome and not a general tendency towards being cold or aloof.

Common Knowledge:
If you live in Newberry Glen or Eureka and like to get high, then you know the Deitzmann brothers. Chris, Sam, and Robbie are the go-to guys for E, coke, and heroin, but they can get you just about anything given a little lead time. Their shit is good. Real good.

The boys were raised by their single father, and they struggled with housing and food insecurity thanks to a mountain of credit card debt left by their mother and the loss of Newberry's fishing industry. Their father currently works part time at the hardware store.

In September 2017, Chris Dietzmann caused a local scandal when he attacked high school senior Liz Allen at a house party. He disappeared before the police arrived on scene and has been missing ever since. Robbie vanished two days later, leaving only Sam behind.