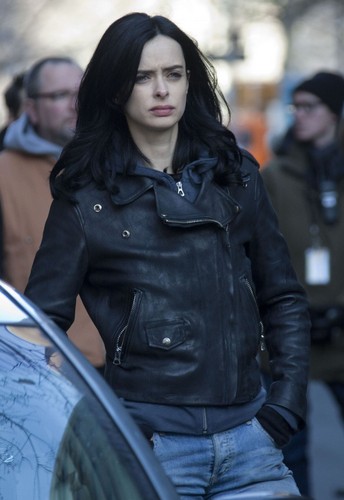 Physical Appearance/Distinguishing Characteristics:
Marcella looks like the sort of woman you'd want to think twice about before getting into a bar fight with. She's not bulky or imposing, but rather there's a weathered quality to her looks which speak to some measure of worldly experience.

Common Knowledge:
She was born in Castle Pines, Colorado and lived there until she first changed as a teenager. Her Rite of Passage was conducted in Greece.