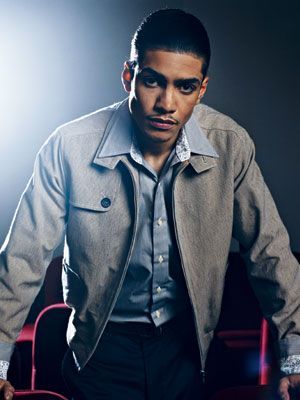 Physical Appearance/Distinguishing Characteristics: A light brown skinned, shorter than average, and deeply compact man of Mexican heritage. He wears his jet black hair short and has a well groomed goatee. His eyes are so dark brown some seem to mistake them for being black.

He prefers durable comfortable clothing, and is most often seen in a button down, blue jeans, motorcycle boots, and a leather jacket. He often eschews jewelry, but when he does wear some a simple unadorned gold chain is the only piece he will wear. He has a raccoon tail key chain, and it doesn't appear to be fake. His face sports a perpetual scowl that most people often interpret as either bored or mad. He is quiet and prefers succinct, terse responses to questions. Despite this, he is very rarely rude or hostile.

Obvious Merits/Flaws:
Common Knowledge:
Guillermo, being part of the Nunez clan, lived in Newberry Glen until he was seven (2007). He spent the rest of his formative years in Reno, Nevada where he grew from a precocious youth into a stoic young man. He has recently moved back to Newberry as a favor to his Grandmother, Juana.

Guillermo works as a trucker and has just started working at Reston Renovation.

"Soon you'll be ashes or bones. A mere name at most—and even that is just a sound, an echo. The things we want in life are empty, stale, trivial." Marcus Aurelius
Top

"Soon you'll be ashes or bones. A mere name at most—and even that is just a sound, an echo. The things we want in life are empty, stale, trivial." Marcus Aurelius
Top
Locked
2 posts • Page 1 of 1