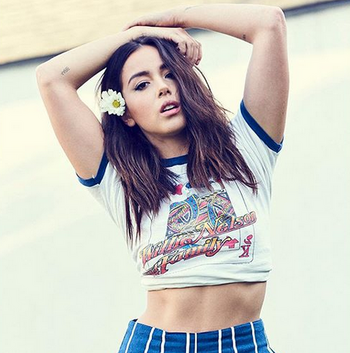 Physical Appearance/Distinguishing Characteristics:
Scout Kershaw stands at five feet eight inches and appears to be a thin and athletic woman of mixed race. She keeps her wavy brown hair loose and it’s often dyed lighter on the ends. She barely wears makeup, though when she does she doesn’t wear much of it. Scout often wears jeans, tees or anything that’s deemed comfortable. She is often seen carrying a rifle.

Scout also has an air about her that is dark while it isn’t anything wyrm related her spirit heritage simply manifests in a dark sort of way, her shadow often seeming like a deep pool.

Scout has plenty of scars; she has several surgical scars on her legs and upper thighs, massive scarring on her back and a few deep scars on her right wrist.

Common Knowledge:
- Scout’s mother is Ester Kershaw, Herbalist and Newberry Glen native who was mated to a lupus
- Scout won silver at the 2012 London Olympics (she was 17)
- Scout attended Walton Academy (Class of 2013)
- Ester Kershaw passed away in 2008 of cancer
- Scout was raised by her lupus father, Quiets the Fury
- Served in the Army after the Olympics
- Scout was wounded and came back to Newberry to attend to her childhood home


Rumors:
- Scout is cursed and that’s totally why her mother died
- There’s something not right about Scout
- Scout self harms, have you seen those scars?
- Wendigo kicked her ancestors from the tribe
- Scout would let you get a head start in a run and shoot you in the back

A Song for the Curse
There's Something Dark

“I come a bloodline of curses, where curses were put on my mother, and my mother put curses on the entire bloodlines of anybody cursing me. There is extreme power just in our thoughts, before they are even uttered."
Top 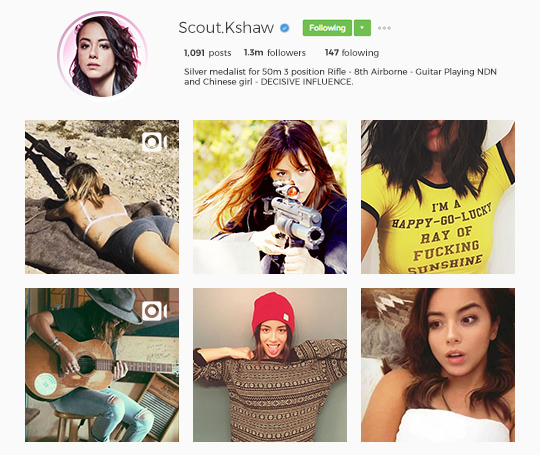 “I come a bloodline of curses, where curses were put on my mother, and my mother put curses on the entire bloodlines of anybody cursing me. There is extreme power just in our thoughts, before they are even uttered."
Top
Post Reply
2 posts • Page 1 of 1

Users browsing this forum: No registered users and 0 guests